How to Write a Powerful Memoir, Part 3: Plot In Memoir

What is a plot: a plot is a series of dramatized events that show how characters encounter obstacles and challenges, and how they solve their problems. The protagonist is different by the end of the book than he is at the beginning.  For Part 3 in my series on How to Write a Powerful Memoir, I want to share a little bit with you about how to focus on plot in your memoir.

The arc of the narrative can be divided into Act One, Two, and Three, the usually invisible structure of a book, play, or movie—though in a play this structure is overt. In Act One, the characters are introduced, the story problem is set up, and we are drawn into the world of the story.

In Act two, all the problems of the characters become more muddled and complex, and there are a series of actions and reactions that show the development of the character’s journey to change and transformation, all the while trying to solve the problems that were delineated at the beginning. Since real life does become more complicated, the way that plot works is imitated by life. Or is it the other way around?

In Act Three, the threads and layers of development reach a peak at the crisis and climax of the story. Here the character is tested, where the true depth of learning and transformation is revealed. The crisis may be thought of as a spiritual challenge or a “dark night of the soul” where the deepest beliefs and core truths of the character are tested. The climax is the highest level of tension and conflict that the protagonist must resolve as the story comes to a close. There’s an aha at the end, an epiphany when the main character has learned her lessons, and can never return to the previous way of living.

Dramatic structure, the narrative arc, is a mythic structure, a deeply satisfying resolution that fits with our need to create pattern and perspective in the midst of chaos of real life. That is why memoir is so challenging—we are trying to create story out of chaos, to make sense of the irrational and nonsensical impulses that drive all human beings. When you lift your own significant plot moments out of the confusion, you will have the basic spine of your story.

A memoir brings the light of our own consciousness and our reflections to the simplicity of “this happened and that happened” episodic structure that is often the first draft version of the memoir. When you create your plot and become aware of your themes, you offer readers your unique perspective, shining your creative, artistic light on “reality” so they can be inspired and transformed by your story.

How to Write a Powerful Memoir, Part 2: Theme In Memoir

A memoir is a focused story about a theme—a topic, an angle the story will take to show important changes in the protagonist—you—and the reason that the story is being told.   As you may have guessed,  Part 2 of my 3-Part series on How to Write a Powerful Memoir, will focus on the importance of theme in memoir.

When we start writing, we often don’t know our theme, we are still marinating in the memories and details of our stories. When we explore the turning point moments and muse again about why we are writing a memoir, theme begins to rise up like mountains at the edge of the plains. This is often an unconscious process, and we need to write some stories before theme becomes clearer.

An example of theme: Lit, by Mary Karr, is the third volume of her trilogy of memoirs. This last book is about her descent into and her recovery from alcoholism through finding religion. It’s about many other things too—her early literary life, her husband, son, and friends who helped her. It’s about her mother and her family and her deeper reflections on material she wrote in The Liar’s Club. But the arc of the story takes us from her being lost in using alcohol to numb herself, to becoming sober and finding herself again.

Most of you know that Frank McCourt’s Angela’s Ashes is about his poverty stricken childhood in Limerick, Ireland. The arc of his story begins with his earliest memories and ends with his leaving his home to come to New York. There are other themes and topics too—the Catholic Church, death, his mother Angela, his abandoning father, and dying, starving siblings. If you look at the book in terms of turning points, you will see that he includes what he considers significant events that shift the plot into new directions, each one adding force and direction to the trajectory of the story.

How to Write a Powerful Memoir: The Introduction 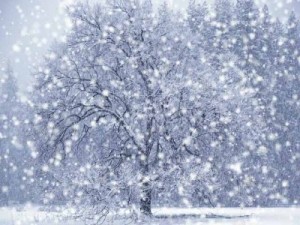 When we begin writing a memoir, we find ourselves travelling down bumpy roads and misty memory paths as we search for our story. We feel the urgency to capture a place, a time, people, and special moments, somehow gathering a time that is forever gone and creating it again on the page. Every memoir writer is writing for a reason, and often a passionate one. It might be to bring someone they loved to life again, as I did with my great-grandmother Blanche when I put her back in the garden to swear at the weeds, or feed me a ripe strawberry right off the vine. Or the memoirist is writing a memoir try to find words to explore shock and grief, as Joan Didion does in her memoir The Year of Magical Thinking, or as Isabel Allende does in a different way in Paula, the book she wrote as she tended her dying daughter.  Michael Chabon explores fatherhood in his memoir, and Ruth Reichel entertains us about her family and food in a series of memoirs.

A memoir might be a gift to a child or grandchild, a legacy that is supposed to tell some of the tales of the past, as Dorothy Allison does in Two or Three Things I Know For Sure and many war memoirs do. Vera Brittain in Testament of Youth chronicles the sleepy villages in England before all the young men eagerly enlisted in WWI, young men like her brother, her fiancé, and many of her friends. Her memoir shows as nothing else could the intimate experience of growing up with boys who turn into men, all of whom are killed before their 20th birthday.

Most memoirists that I meet have stories roiling around in their heads, but they find it difficult to set them, to locate the story in the world of black ink on a white page. Over the last few years of memoir writing and teaching, I have found that certain techniques are helpful in grounding the story enough to get hold of it. The stories that roam about in our minds are fluid and tricky things, very hard to pin down, and they keep changing like images in a kaleidoscope.